This parable is an old one. I told this last week to one of my team members at work and wanted to find the original. Since this is an old parable, I found different versions of this story over the Internet. In some versions the story revolves around a broken down ship, while in others a large machine in a factory. The version I'm quoting below is what I remember reading ages ago.

It's 2019. I'm turning 40 this year. The first time someone paid me money to write code was back in early 2003. This means that my career also turned 16, going on 17 this year. As a senior staff member, I do find myself championing the value of skills and expertise in software engineering, especially to young graduates doing their rotation in my software engineering team.

This old parable stuck somewhere in my head all those years ago. I still think it's the best parable told about the value of expertise and staying sharp.

I hope it serves someone else as it does me ... 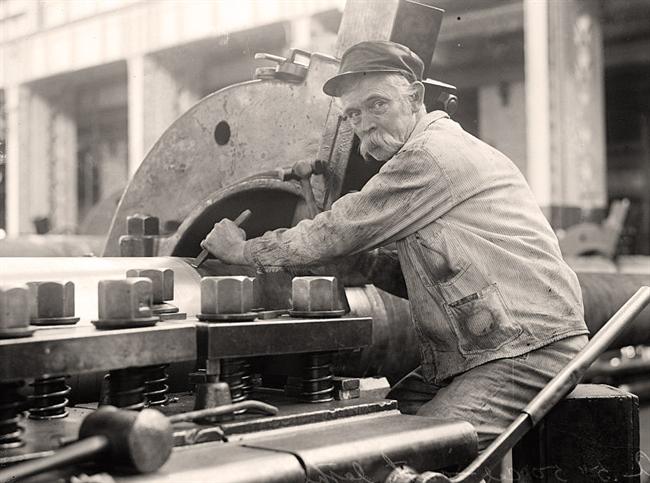 A giant engine in a factory failed. The factory owners had spoken to several ‘experts’ but none of them could show the owners how they could solve the problem.

Eventually the owners brought in an old man who had been fixing engines for many years.

After inspecting the huge engine for a minute or two, the old man pulled a hammer out of his tool bag and gently tapped on the engine. Immediately the engine sprung back into life.

A week later, the owners of the business received an invoice from the old man for $1,000. Flabbergasted, they wrote to the old man asking him to send through an itemised bill.

The man replied with a bill that said:
The moral of the story is that, while effort is important, having the experience to know where to put that effort makes all the difference. 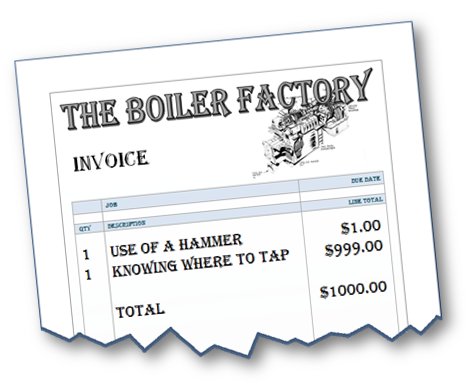