Naturally, such a spectacular chassis demands – and gets - an equally exceptional drivetrain. It comes in the form of an immensely potent 7.3-litre, naturally aspirated V12 engine. Thanks to the adoption of a dry-sump oil system the engine is mounted 100mm lower than in any previous V12-engined Aston Martin road car, which helps keep the One-77's centre-of-gravity as low as possible. To further aid agility and endow the One-77 with progressive handling and stable, predictable on-limit behaviour, the engine is also mounted 257mm aft relative to the front wheel centreline. In so doing the front-midengined layout shared by all of Aston Martin's current road car range has been taken to a new level. 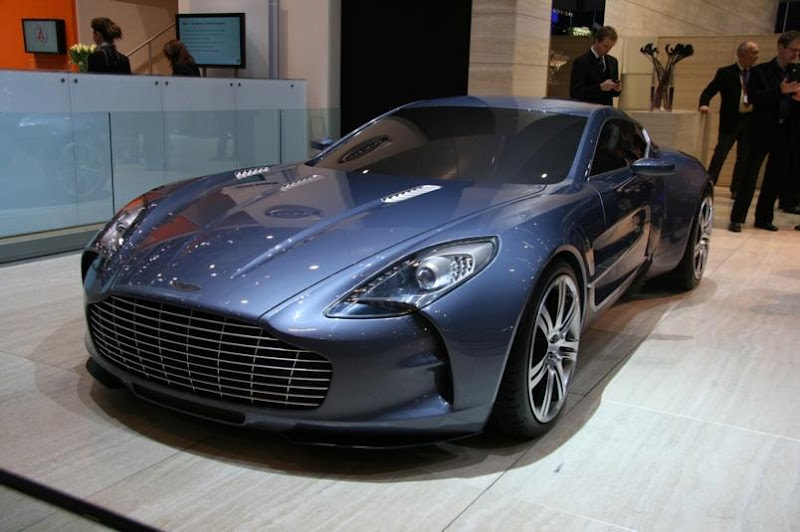 Translation: You will go around a roundabout three or four times just for the pure thrill of it.

This is my favourite among many concepts unveiled recently at the 2009 Geneva Motor Show.
Stumbled Upon