Empowered Employees, Self-service IT and the Future Enterprise 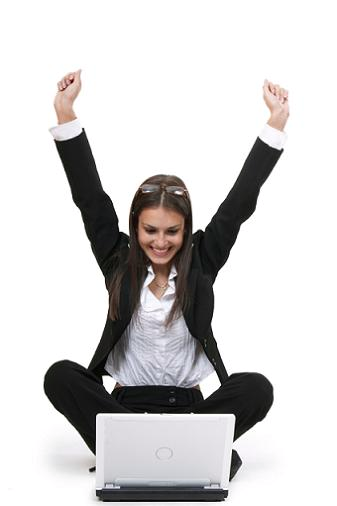 "Incremental innovation and process improvements have always come from those closest to the problem. It's the basis of kaizen, a system where employees continually improve manufacturing processes. It's also a founding principle of Six Sigma tap employees' relentless, incremental quality improvements.

The same is true in the way employees are harnessing consumer technologies social, mobile, video, and cloud. They're improving how they do their jobs and solving your customer and business problems. And it's not just a few employees; it's a critical mass of employees. In a survey of more than 4,000 U.S. information workers, we found that 37% are using do-it-yourself technologies without IT's permission. LinkedIn, Google Docs, Smartsheet.com, Facebook, iPads, YouTube, Dropbox, Flipboard the list is long and growing. Many of these scenarios are do-it-yourself projects. For example, want to ask me business questions on Facebook? Piece of cake, I'll just friend you. Personal iPhones for email, apps, and Internet access outside my clients' door? Check. Google Sites and Docs to exchange documents with partners? Sure, I can spin up a free site or IT can spend the $50/user/year and make it secure. YouTube to post fix-it-yourself videos for tough service problems? My kid's good with a Flip camera. She can film me doing the fix myself."

The popularity of Social Media, Mashups and App Stores is a clear indication that business users of today are do-it-yourself types. Social communities such as LinkedIn, Facebook and Twitter in addition to devices like the iPhone and iPad appeal to this new enterprise user. The way I see it, in the near future, enterprise IT will have to implement technologies that empower business users the same way these technologies do. Enterprise applications need to have social functionality build in, while allowing users to pick and choose exactly the apps they need, as and when needed.

Use SOA, think about exposing data as APIs. Secure them where needed. Most importantly, keep service re-use and composition in mind. Because that's where your ROI would be. Re-using existing stuff to create new apps with the minimum time and effort. Use a social App Store within the enterprise to govern these new apps. Ensure that business users get a say via rating and commenting. Have activity streams so that users are aware what's going on in their enterprise social circle.

The list goes on... but do take a user-centric approach and build from there. That's why Google can't succeed in the social media space, they are technically brilliant but clueless about how the social web works. Look at Wave, an engineering masterpiece, but a miserable failure as far as user adoption is concerned. Now look at Twitter. Always in trouble with technology, fails consistently when too many users start tweeting. But the users love it. If you ask me, the problems faced by twitter are good problems to have. "So many users like us, we can't handle the love!". I remember YouTube going through a similar phase a few years back. Not any more. Because technical problems can be solved. But if users don't like what you have, how on earth are you going to justify the pay checks of all those engineers?