Offbeat tools? Portals and Mashups are not!

By Tyrell - July 16, 2009
At least that's what CIOs in Singapore think. According to a recent survey, 59% of the responding CIOs were increasing their investments in building applications based on portals and mashups. They are also researching heavily on cloud and SaaS, which is quite obvious due to the buzz in that space of late. This trend is interesting because the challenge for today's CIOs is two fold. Reduce costs while helping their organizations grow at the same time.

Mashups enable this by allowing re-use across the board. Why spend on building new applications from scratch when most of the required data is already available within the existing applications? If you have a SOA in place, things become much easier. But this isn't a must either. A case study I often bring up is the US Federal IT Dashboard. Although it seemed to have appeared overnight, this was an initiative started way back when Vivek Kundra was the CTO for the DC government. If you look at his work from around 2008 onwards, you'll see a nice pattern to incrementally build a successful solution using these Web 2.0 technologies. 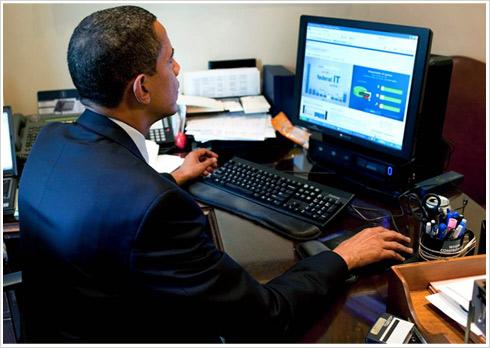 That's the story so far. But I feel that step 3 above can use some improvements. What if the dashboard content itself can be contributed by users? What if it was like say, iGoogle? You provide the Data Catalogue and host the Dashboard infrastructure and ask the people to come up with interesting Gadgets that harvest and display data. This will naturally lead to a Gadget Catalogue, a collection of interesting Gadgets any user can pick and choose to create his own Dashboard view. Contributions may be encouraged by a competition similar to Apps for Democracy.

A dashboard is most valuable when it can be customized by the user. Because people have different priorities and with these, the view they expect changes dramatically. If one can register, log in and change the default dashboard by adding gadgets from a catalogue and arranging them according to preference, that would be a great user experience.